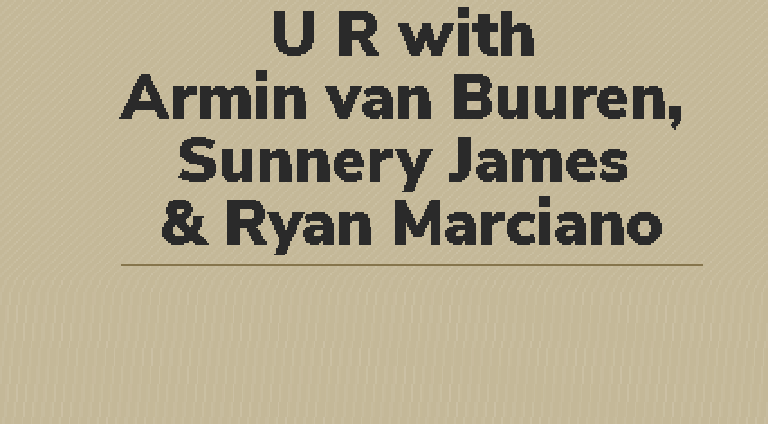 U R with Armin van Buuren, Sunnery James & Ryan Marciano – For more than two decades, Armin van Buuren has been a global ambassador for trance, and is widely recognised as one of the biggest DJs in the world, placing an incredible five times in the number one position of the critically acclaimed DJ Mag Top 100 poll, not to mention being voted the best trance DJ in the world at the International Dance Music Awards and the DJ Awards.

The Armada label head continues to sell out stadiums and arenas around the globe with his Armin Only and A State of Trance tours as well as playing countless top festivals and nightclubs every year with a relentless tour schedule.

The Dutch powerhouse duo will be taking over Wednesdays at the Club (Room 2) from 21st June to 13th September, bringing their summer-friendly house vibes to the sparkling new dancefloor at the club formerly known as Space. With Armin van Buuren at the helm in the Theatre (Room 1), this is set to be one of the standout party nights of the summer!

Opening in summer 2017, this state of the art venue will showcase the most exciting names in electronic music, bringing together serious music lovers to experience a nightlife evolution.
Location on Google Maps: